Strange, that in my fourteen, almost fifteen years, I’ve never stepped foot into a cemetery. A few days ago my friend Anne and I were at a fishing harbour. We had finished swimming in the icy water, played cards by the beach, and read in the clouded sunlight. Anne read Gone With The Wind. I read Coraline. But finally we decided to go on a walk into the small community behind the harbour. As we went down the main road I remembered the cemetery we had passed on the way in.

When I suggested to Anne that we take a stroll through it she looked at me funny. Maybe it is sort of weird that I would want to walk through a field of dead people that I’d never met. But on the other hand I didn’t want to pass up a new experience.

So we walked through the cemetery awkwardly. Part of us just walking on the grass,  part of us knowing that there was more than dirt below our feet. Some of the older graves dated all the way back to the 1800s. That’s where you saw the many miscarriages that weren’t blessed with today’s medical technology.

The newer ones were more extravagant, with specially carved grave markers and fake flowers to liven the place up where it’s occupants couldn’t. One of the tombs was jointed for a married couple, reading ‘What’s-his-name’ and ‘What’s-his-name’s-wife’.

Some had quotes and poetry. One quote from the deceased went something like this,

‘A seaplane doesn’t leave a mark in the water. Nor does a steam boat. They ripple. The water calms. Any proof that they were ever there is gone.’

Thinking back, it was a strange experience. Not bad, but strange. As we walked out Anne and I talked about canceled TV shows and the plot of Desperate Housewives. We were driven back to her cabin about a half hour later. 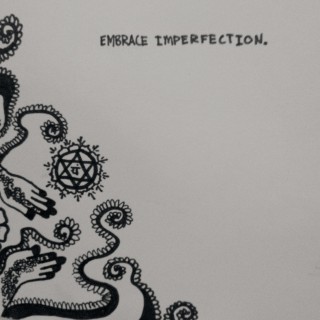